Arthur Conan Doyle's Study in Scarlet is the first published story involving the legendary Sherlock Holmes, arguably the world's best-known detective, and the first narrative by Holmes's Boswell, the unassuming Dr. Watson, a military surgeon lately returned from the Afghan War. Watson needs a flat-mate and a diversion. Holmes needs a foil. And thus a great literary collaboration begins.
Watson and Holmes move to a now-famous address, 221B Baker Street, where Watson is introduced to Holmes's eccentricities as well as his uncanny ability to deduce information about his fellow beings. Somewhat shaken by Holmes's egotism, Watson is nonetheless dazzled by his seemingly magical ability to provide detailed information about a man glimpsed once under the streetlamp across the road.
Then murder. Facing a deserted house, a twisted corpse with no wounds, a mysterious phrase drawn in blood on the wall, and the buffoons of Scotland Yard--Lestrade and Gregson--Holmes measures, observes, picks up a pinch of this and a pinch of that, and generally baffles his faithful Watson. Later, Holmes explains: "In solving a problem of this sort, the grand thing is to be able to reason backward.... There are few people who, if you told them a result, would be able to evolve from their own inner consciousness what the steps were which led up to that result." Holmes is in that elite group.
Conan Doyle quickly learned that it was Holmes's deductions that were of most interest to his readers. The lengthy flashback, while a convention of popular fiction, simply distracted from readers' real focus. It is when Holmes and Watson gather before the coal fire and Holmes sums up the deductions that led him to the successful apprehension of the criminal that we are most captivated. Subsequent Holmes stories--The Adventures of Sherlock Holmes, The Return of Sherlock Holmes, and The Memoirs of Sherlock Holmes--rightly plunge the twosome directly into the middle of a baffling crime, piling mystery upon mystery until Holmes's denouement once more leaves the dazzled Watson murmuring, "You are wonderful, Holmes!" Generations of readers agree. --Barbara Schlieper

A Study in Scarlet brings Sherlock Holmes and Dr. John Watson together for the first time, creating one of the most illustrious crime-solving partnerships of all times. In The Sign of Four, an incredible tale of greed and revenge unfolds as Holmes and Watson accompany a beautiful young woman to the dark heart of London.
Kategorien: Krimis, Thriller 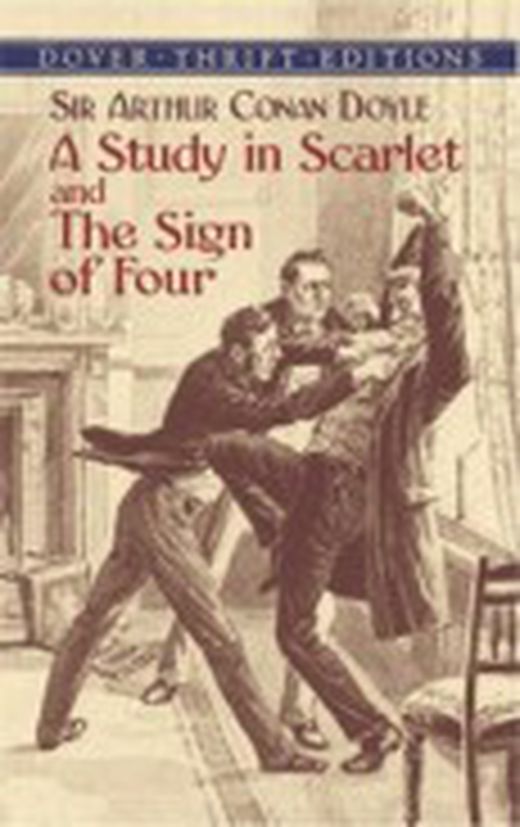