What if you could rewrite the past?

Quinn Black is having the worst day ever . . . over and over again. The same car blocking his driveway, the same horrific accident he witnesses, the same cop that keeps preventing him from saving his boss from dying in it, and the same memory of a girl from his past that gets sharper each time.

Then he realizes he has the power to travel through time and change the future. With infinite opportunities to alter the past, the possibilities are endless. Could he prevent terrorist attacks? Natural disasters? The deaths of friends? Or even go back in time and say the right thing to the girl who haunts his dreams?

Unfortunately, the rules of time travel are more complicated than he imagined, and before long, Quinn is thrust into the greatest race in human history. His actions can either save the world or destroy it. And now the man who could turn back the clock is running out of time.
Kategorien: Science Fiction, Bestseller auf Englisch
Vom 17. Juli 2020 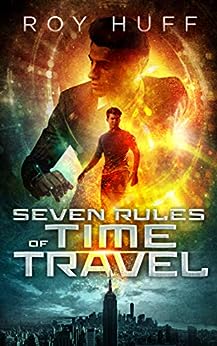