Someone is Watching: A gripping thriller from the queen of psychological suspense

'Gripped me from the first to the very last page' Tess Gerritsen. Apple Tree Yard meets Rear Window in this gripping psychological thriller.

Bailey Carpenter is a smart and savvy private investigator, until a horrific attack leaves her trapped at home in her Miami high-rise apartment, crippled by paranoia.

Everywhere she looks, she sees the face of her attacker.

Including in the apartment directly opposite her.

Where someone is watching.

A tour de force from a master of psychological suspense, Joy Fielding's devilish and gripping novel will have you holding your breath until the very end.

Praise for Someone Is Watching

"Someone Is Watching gripped me from the first to the very last page. Bailey Carpenter is a heroine who's both victim and warrior woman, a fascinating sleuth who will linger with you long after you've finished this thrilling read."-Tess Gerritsen

"Joy Fielding has long been a go-to author for me. She never fails to deliver an edge-of-your-seat read, and with her patented blend of complex characters and escalating suspense she is in top form here. I highly recommend Someone Is Watching." Karen Robards

"Joy Fielding pens a spiraling tale of paranoia and suspense, as sultry as a Miami night. Readers will find a heroine to root for, scold, and ultimately adore in Bailey Carpenter. Though comparisons to Rear Window will inevitably arise, Fielding has created something even more remarkable: a modern-day Gaslightin which both cat and mouse are real, flawed, and eminently relatable." Jenny Milchman

"Someone Is Watching is a gripping, fast-paced psychological thriller reminiscent of Rear Window and the works of Lisa Gardner. . . . Not geared to the faint of heart, Fielding's story of one woman's search for justice, understanding, and internal peace is nothing short of arresting." Booklist (starred review)

"This engrossing standalone from bestseller Fielding makes you care about Bailey Carpenter. . . . The characters pulsate with life, and there are a few shocks in store-for Bailey and the reader-before the denouement. And the presence of Jade, Claire's outspoken teen daughter, blows everyone else off the page." Publishers Weekly (starred review) 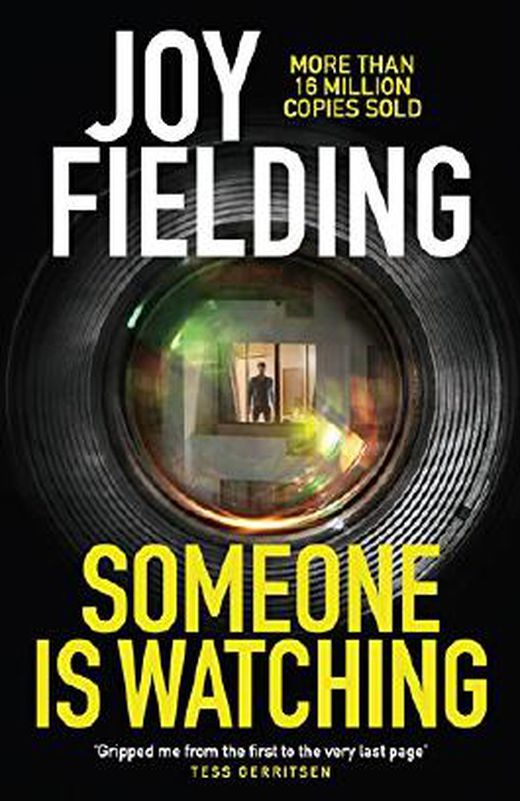