2040-2045: In the years after the cataclysmic Yellowstone eruption there is massive economic dislocation as populations flee Datum Earth to myriad Long Earth worlds. Sally, Joshua, and Lobsang are all involved in this perilous work when, out of the blue, Sally is contacted by her long-vanished father and inventor of the original Stepper device, Willis Linsay. He tells her he is planning a fantastic voyage across the Long Mars and wants her to accompany him. But Sally soon learns that Willis has an ulterior motive for his request: he needs her help to trace an advanced alien technology that, he believes, will help mankind’s post-Yellowstone recovery.

Meanwhile U. S. Navy Commander Maggie Kauffman has embarked on an incredible journey of her own, leading an expedition to the outer limits of the far Long Earth.

For Joshua, the crisis he faces is much closer to home. He becomes embroiled in the plight of the Next, the super-bright post-humans who are beginning to emerge from their 'long childhood' in the community called Happy Landings, located deep in the Long Earth. Ignorance and fear have caused 'normal' human society to turn against the Next, and the authorities, afraid of anything or anyone not deemed 'normal', order that all Next children be imprisoned. Joshua is determined to liberate the children - and a dramatic showdown over the inhumanity of humans against their own kind seems inevitable . . .

Terry Pratchett (Author)
Terry Pratchett is the acclaimed creator of the global bestselling Discworld series, the first of which, The Colour of Magic, was published in 1983. Raising Steam is his fortieth Discworld novel. His books have been widely adapted for stage and screen, and he is the winner of multiple prizes, including the Carnegie Medal, as well as being awarded a knighthood for services to literature. After falling out with his keyboard he now talks to his computer. Occasionally, these days, it answers back.

Stephen Baxter (Author)
Stephen Baxter is one of the UK's most acclaimed writers of science fiction and a multi-award winner. His many books include the classic Xeelee sequence, the Time's Odyssey novels (written with Arthur C. Clarke) and Time Ships, a sequel to H G Wells' The Time Machine. He lives in Northumberland.
Kategorien: Fantasy 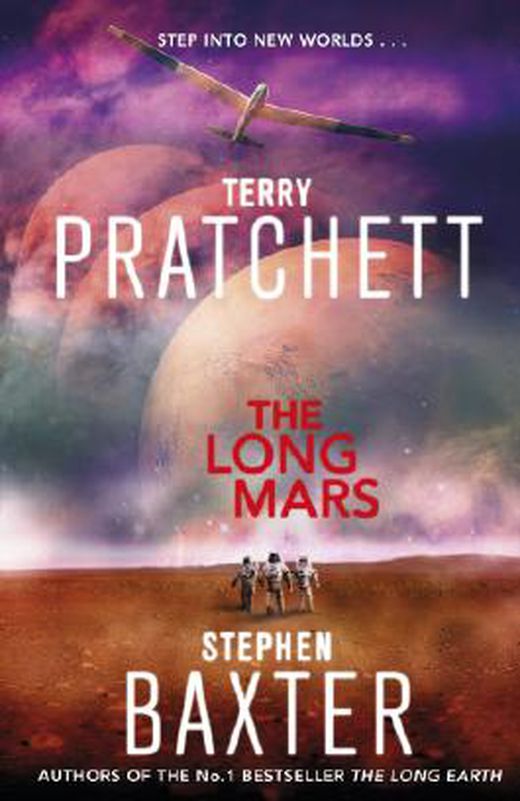