Seventeen-year-old Kevin Jason starts his first day at his new school by unintentionally punching the local bully through the cafeteria wall. When Kevin’s father, a legendary superhero, learns of this, he insists on training Kevin to master his new powers, though Kevin finds his father’s training methods a lot less exciting than he thought they were going to be.

But Kevin’s training takes on new urgency when the local bully’s father—Master Chaos, one of the world’s most dangerous supervillains—breaks out of prison and declares Kevin his new archenemy for harming his son.

Now Kevin must complete his training as a superhero before Master Chaos arrives. If Kevin doesn’t complete his training in time, then all of the power in the world won’t be able to keep him and his family safe from the madman who wants him dead.
Kategorien: Abenteuer, Bestseller auf Englisch
Vom 11. Oktober 2020 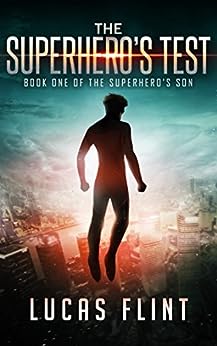