Magic and Mystery is a collection of the first books in four different series written by C.J. Archer. Each novel is intended to give you an introduction to fascinating new stories featuring magical fantasy, puzzling mysteries, enigmatic heroes and independent heroines. Hopefully you will find a brand new series to start (or maybe four!)

The Watchmaker's Daughter (Glass and Steele book 1)
India Steele is desperate. Her father is dead, her fiancé took her inheritance, and the only person who'll employ her is a mysterious man from America. A man who possesses a watch that keeps him alive.

The Last Necromancer (The Ministry of Curiosities book 1)
A waif, her kidnapper, and a twist you won't see coming. Charlie is being hunted for her dark magic, but only one man succeeds in capturing her. A man known as Death, as compelling as he is frightening.

The Palace of Lost Memories (After the Rift book 1)
The king's magnificent palace was built in a matter of weeks. No one saw the builders and no villagers are allowed beyond the gilded gate until a noblewoman is poisoned. The village doctor and his daughter, Josie, are allowed inside, but Josie soon learns the palace won't surrender its secrets easily, for not a single resident has a memory from before the palace existed.

The Wrong Girl (The 1st Freak House book 1)
It's customary for Gothic novels to include a mysterious girl locked in the attic. Hannah just wishes she wasn't that girl. As a narcoleptic with a strange affliction, Hannah knows she's lucky to have a roof over her head. Yet freedom is something she longs for. She did not, however, want her freedom to arrive in the form of abduction. Especially when she realizes her kidnappers got the wrong girl.
Kategorien: Krimis, Bestseller auf Englisch
Vom 1. Oktober 2020 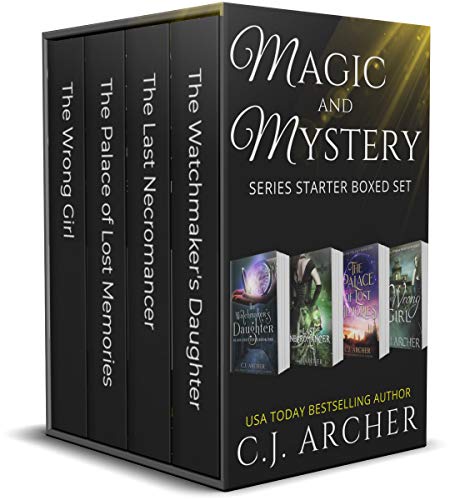